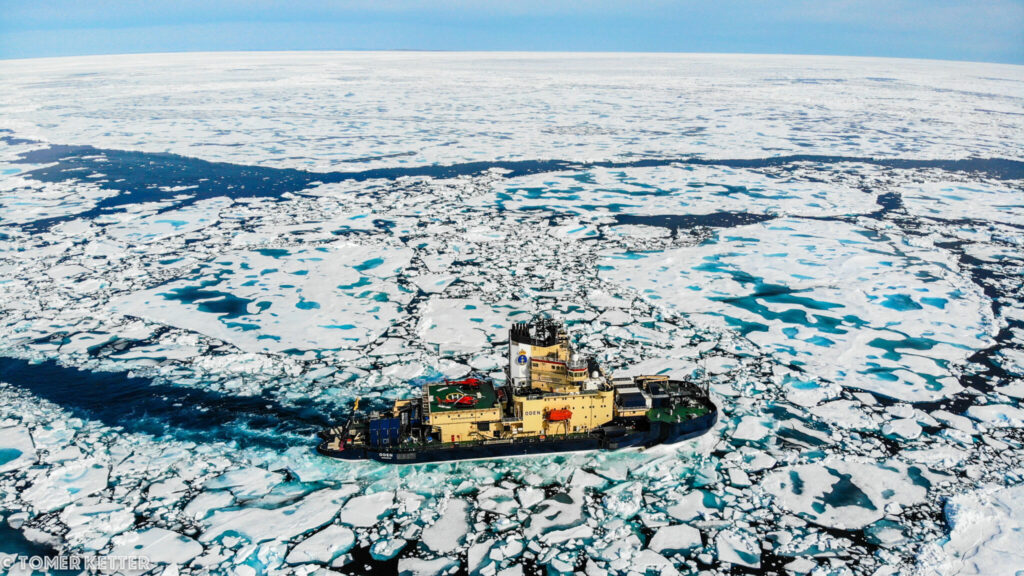 The RVA Environmental Film Festival (RVA EFF) will kick off the 11th annual festival with the world premiere of the feature-length film, FROZEN OBSESSION, on February 12 followed by a panel discussion with expedition members from Virginia Commonwealth University Center for Environmental Studies. Climate change is a critical scientific and social issue that confronts today’s world. Nowhere are the consequences of a warming climate more pronounced and observable than in the polar regions. The documentary FROZEN OBSESSION follows the 2019 Northwest Passage Project expedition through the stunningly beautiful and extreme Canadian Arctic aboard the Swedish research icebreaker Oden. The innovative Northwest Passage Project brought together a team of scientists, education and communication professionals, and graduate and undergraduate students to expand our knowledge of Arctic science and enhance the understanding of how climatic change is affecting this region and its inhabitants. During the expedition, the science team studied water chemistry, microbiology, birds, marine mammals, and physical oceanography – all in radical transition due to the warming Arctic climate. In addition to documenting Arctic research, FROZEN OBSESSION explores the rich cultural heritage and natural history of the region. The panel after the film includes three students from VCU Center for Environmental Studies  – Mirella Shaban, Ericka Schulze, and Tristan Rivera  – who were part of the Northwest Passage Project expedition. Those students will be joined on the panel by the film producer, David Clark, and expedition scientists, Dr. Donglai Gong from VIMS, and Nicole Trenholm from theUniversity of Maryland and will be moderated by CES faculty member and project collaborator, Dr. Linda Fernandez. There will be an opportunity to ask the panel members questions. For more information and to register for the FROZEN OBSESSION, go to www.RVAEFF.org

Link to the FROZEN OBSESSION trailer