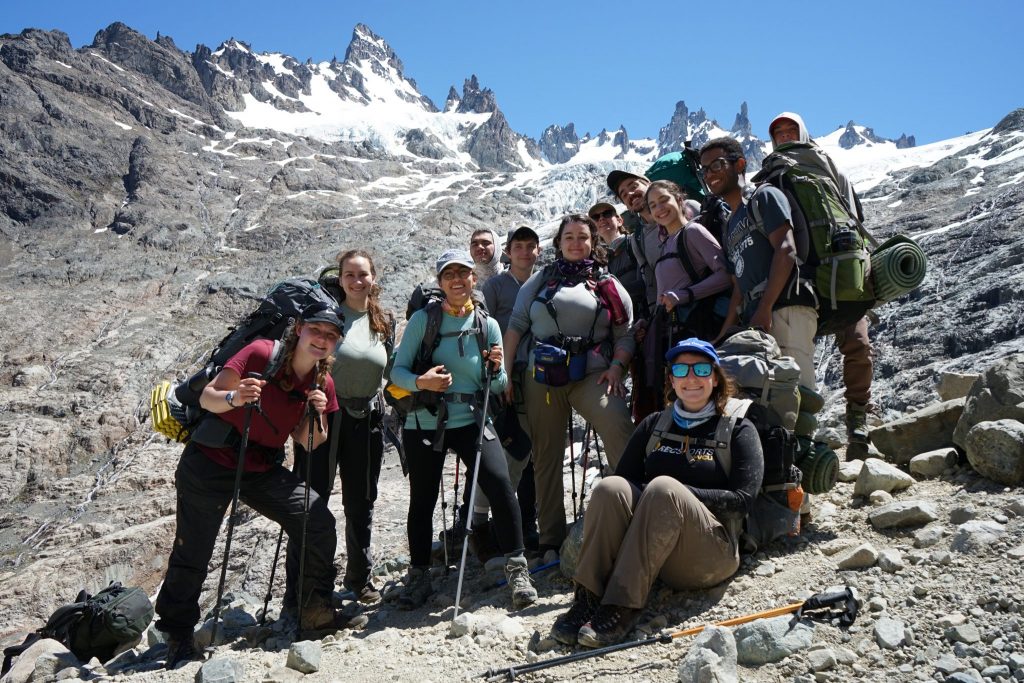 “…the reward of this venture, if there was one, would reside in the doing of the thing itself.”

Starting in Coyhaique, we traveled south in a clockwise loop – first to the snow-tipped mountains of  Cerro Castillo, to lake-guarded Chile Chico, then to guanaco-inhabited Jeinemeni and Chacabuco, to the marble caves of Río Tranquilo, and back again. Thirteen people carrying everything we needed for two weeks in roughly seventy-liter packs had come together to experience everything that Chilean Patagonia could offer in such a short time. Our individual motives for spending New Year’s south of the equator varied, but rooted at the core of each reason was a profound desire to immerse ourselves in the wilderness.

Formally, our unified goal was to learn about the differences in the management of national parks in Chile and the United States. Over the course of two treks and a handful of conversations with locals who engaged with the parks in various capacities, we gathered first-hand knowledge of a system that simultaneously contrasts and mirrors our own. We walked through a riverbed crisscrossed by strands of a glacier-fed stream that braided and unraveled itself over the landscape. We stared at guanacos that had returned to their endemic lands after domestic livestock had been removed. We felt the potency of the southern vernal sun and our own smallness when perched on exposed ridgelines overlooking peak after peak of the Southern Andes. We were there, absorbing and trying desperately to capture all the beauty of this wild and magical place. 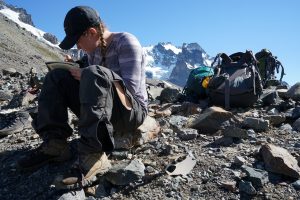 But even as we admired the delicate alpine flowers nestled in rocky crevices and the great wingspans of condors riding thermals, we were reminded that this place needs as much protection as the parks and reserves that are closer to our home. For we saw the damage inflicted by grazing cattle, walked through scree fields uncovered by retreating glaciers, and listened to stories about an overextended government agency failing to conserve these precious and irreplaceable ecosystems. This was Patagonia – a place with a complicated past and an uncertain future in terms of its wild spaces.

In writing about an attempt to set a boating speed record through the Grand Canyon, Kevin Fedarko remarks that the joy of many endeavors is simply having the experience. The doing of the thing itself. Our thing was traveling to and throughout Chilean Patagonia. Collectively, our trip was full of firsts – a first plane flight, a first multi-day backpacking trip, a first chance to dabble in another language. We learned so much more than could have ever been taught in a classroom, but our thing is even bigger than just that experience. We are now charged with learning about the systems that are in place to protect the enchanting places both in Chile and in the United States. For some of us, a report at the end of the semester will be the end of the thing. For others, we hope to be able to take what we have learned and someday influence policies to protect cherished places. Maybe it will be somewhere in Patagonia, maybe it will be a park in the United States, but wherever we invest our efforts, we will remember the lessons we have learned in the doing of this thing.

About the author: Jordan Rasure is a senior pursuing a dual degree in biology and Spanish with a minor in chemistry at VCU.   She was one of eleven students who participated in the Patagonia National Parks- Comparative Analysis of Wilderness Policy course/ study abroad trip during winter break 2019.  Students traveled to Chilean Patagonia from Dec. 28th, 2019- Jan. 11th, 2020, and are taking a corresponding Wilderness Policy and Practice course on campus during Spring 2020.